If you have a mood disorder, your general emotional state or mood is distorted or inconsistent with your circumstances and interferes with your ability to function. You may be extremely sad, empty or irritable (depressed), or you may have periods of depression alternating with being excessively happy (mania).

Anxiety disorders can also affect your mood and often occur along with depression. Mood disorders may increase your risk of suicide.

Some examples of mood disorders include:

For most people, mood disorders can be successfully treated with medications and talk therapy (psychotherapy). 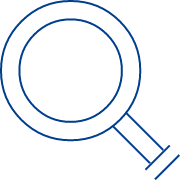 Individuals may experience variations in symptoms and severity. 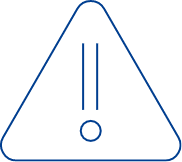 Helping a Spouse who has Mood Disorders

Men's Health - Do You Have an Eating Disorder

This group caters to everyone who identifies as men that addresses to all mood disorders diagnosed or undiagnosed and welcomes them to experience support and connection.

This group caters to everyone regardless of their age or gender and addresses all mood disorders diagnosed or undiagnosed and welcomes them to experience support and connection.

Our postpartum support group addresses issues and concerns that can come with the birth of a baby, with special emphasis on postpartum depression.

These in-person and online groups for women welcome open, honest and heartfelt connections and conversations. We aim to provide coping techniques, and support for women struggling with their mental health.

This group is specifically offered to the Indigenous community and their families. Our aim is to provide support for any diagnosed or undiagnosed mood disorders along with resources in each group.

This group offers support to friends and family to help them deal with mood disorders diagnosed or undiagnosed and welcomes them to experience support and connection.

This online group offers a safe space for youth under 17 years of age where they can come together and chat about their own mental health and seek help for any mood disorders they might be suffering from.

Our Seniors Tea & Tales is all about coming together for afternoon tea or coffee to share experiences and discuss a variety of topics about mental health, or simply to connect with other people in a similar age group!

This in-person group is offered to all in community and their families. We provide an educational component along with resources in each group.

This in-person group is for anyone who is suffering from bipolar diagnosed or undiagnosed and welcomes them to experience support, conversations and connection.

This is an in-person group for anyone struggling with depression or anxiety diagnosed or undiagnosed. We welcome you to experience connection and conversation along with support and resources to help you heal.

This group is a safe space where youth ages 18-24 come together and chat about their own mental health and what’s going on in their lives. We will cover certain themes every week and at the end of every month we will have an outing while doing peer support. Themes can include Self-care, Support Systems, Advocacy, Transitioning and more.

This is an online group that meets on Saturdays.

This is a “coffee and conversation” support group for women experiencing mood disorders, low mood, or the frustrations and concerns of Covid-19. It is a group of women helping women through sisterhood and connection. This group does not meet on statutory holidays. (No charge for this group)

To receive the link to this group or for further information, please contact westman@moodmb.ca or call / text Marian at 204-721-2174 or Susan at susans@moodmb.ca

It is a group aimed primarily at men 40+ but those younger are welcome as well. The group fosters socialization and connection amongst men in a workshop setting. This group does not meet on statutory holidays. (No charge for this group.)

To receive the link to this group or for further information, please contact Marian at westman@moodmb.ca or at 204-721-2174

Facilitator: In person at the BNRC Creation Nation Maker Space in Brandon, Manitoba

Join men aged 18+ from Westman area to discuss news about your community, your interests and general connection and camaraderie.

An online peer support group for those living with bipolar, diagnosed or undiagnosed. Meet and connect with peers in your area on Thursday nights. This group does not meet on statutory holidays. (No charge for this group)

To receive the link to this group or for further information, please email at westman@moodmb.ca or call / text 204-721-2174

Every first Monday of the month